Goal:  You win if you are first to occupy the five starting positions of your opponent.

Place five tokens along the row closest to you. 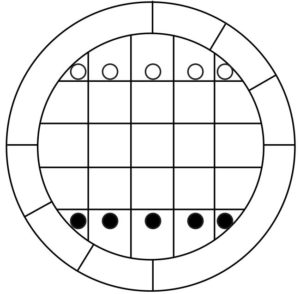 Each player makes two moves per turn. A move is one piece that moves:

– one square toward the opponent 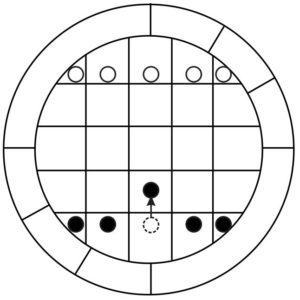 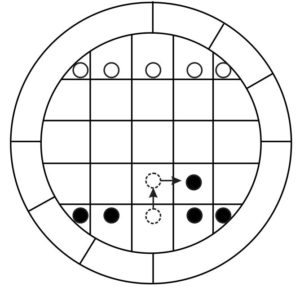 – one row diagonally toward the opponent to capture 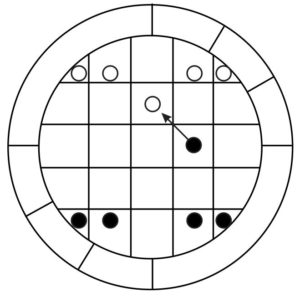 – one space forward in reincarnation cycle 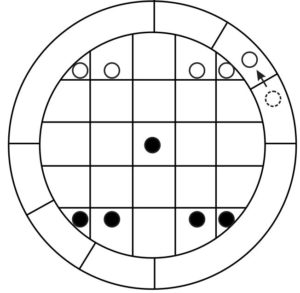 When a you capture an opponent’s piece, the captured piece is moved to the beginning of your opponent’s reincarnation cycle. 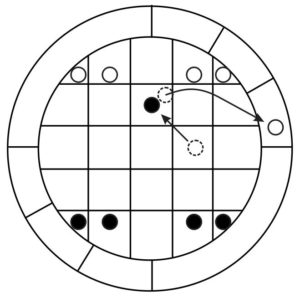 Pieces cannot move backward.  Moved pieces may not finish a turn by landing on the square they started on during that turn.

Only one piece may occupy any one square on the playing field; pieces may share spaces on the reincarnation cycle (the three spaces along the outside of the board).

You must make two moves during your turn; you must, and may only, forfeit your turn if only one move is possible for you.

Pieces re-enter play only through the center square of the beginning row. 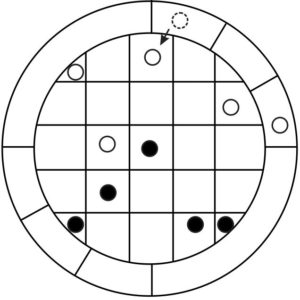 When pieces occupy an opponent’s starting positions, the center square must be captured last, and cannot be moved through sideways.

If neither player can make two moves, the game is a tie.